The Lost Mysteries of New Orleans

A collection of German-language literary texts from the mid-1850s to the mid-1860s by Baron Ludwig von Reizenstein, translated by Steven W. Rowan

“New Orleans Whisker Stories,” a fictional narrative of an encounter with a Bluebeard, published but not completed in 1855, pp. 5-30.

“The Devil in New Orleans,” published but not completed, 1861, pp. 31-53. An adaptation of a literary work from Spanish and French sources portraying an encounter with Satan in New Orleans at the start of the Civil War, giving a scathing account of the mood of the city of New Orleans in that period.

“Bonseigneur in New Orleans,” published but not completed, 1865, pp. 54-178, an elaborate work divided into two parts, the first a narrative (pp. 54-111) on the siege and capture of New Orleans by Federal forces in 1862, linked with a longer narrative (pp. 112-178) on a fictional Creole New Orleans family, the Bonseigneurs, who supposedly played a major role in the establishment of slave plantations in Louisiana and throughout the Caribbean through 1861. It ends abruptly in Guadeloupe in the midst of a Black uprising which many Whites seem to support. 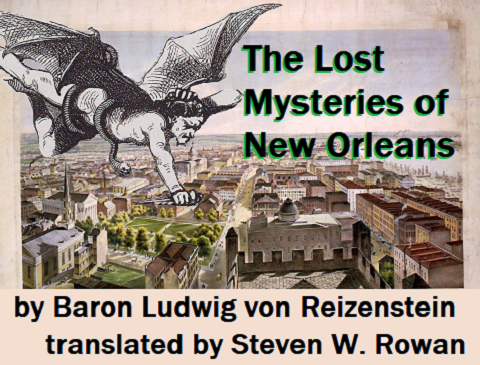